I may have fond memories of Festival no. 6 but it won’t be for awhile. I woke to the sound of gentle rain and the squelching of boots through the mud. All I could think was, get me out of here, now. I didn’t care if I had to sit on the train platform for 5 hours.

We lugged our suitcases a quarter mile to the bus stop, carrying them over the mud, dragging them along gravel. All the while the rain fell. We lucked out that a bus for Bangor was right there, with a kind bus driver who stopped for anyone on the road with a bag to see if they needed a ride. Our friends D. and J., who were going by car to Edinburgh, had to get towed by a tractor out of the flooded parking area. (Them and hundreds of others) A man on the train next to us said the festival people told him he wouldn’t be able to get his car until Wednesday, so he headed back to Manchester and will go back to get it later. 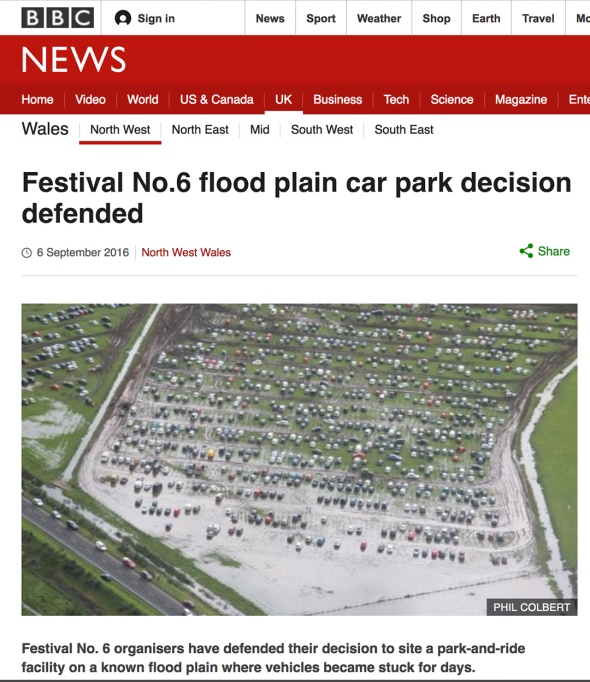 Unfortunately, our friend’s car wouldn’t go over 50 mph without beginning to shake, so they had to take it in to a garage to get the undercarriage cleaned out (mud everywhere) and the wheels realigned, and after that, get it pressure washed to get even more mud out, and there still seems to be a problem with the brakes.

Numerous people told us this was the worst weather ever at this festival. Last year it was so nice people went to the beach and swam.

We lucked out and there was an express train to London on the platform in Bangor, and the agent said we could use our tickets even though it was 11:30 and our tickets were for the 3:45 train.

OMG the train was a huge mess as you might imagine. Everyone filthy with filthy packs and too much luggage and not enough seats. I’m not sure why they let so many people on. We had to pile bags in the vestibule which was fine for the first couple stops but then the doors opened on the other side and I heard people outside the train gasp and exclaim as they were confronted with the wall of luggage. No one could get on our car. Which was full anyway. R had to keep running back to check to make sure our bags didn’t fall out.

Finally back in London, finally in a dry hotel, finally a real shower. R found what turned out to be a really good Turkish restaurant just a few blocks from the hotel, picturesquely situated under the brick arch of a train bridge, and we over ate there and then had drinks next door. 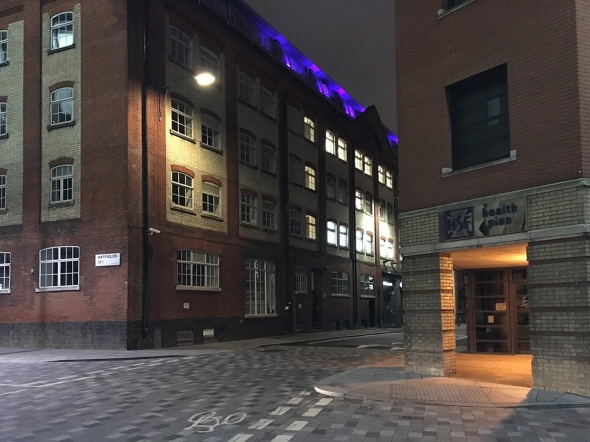 Our hotel was in a strange, renovated area I’d normally have hated due to it’s lack of charm, but all I could think was HOORAY NO MUD.